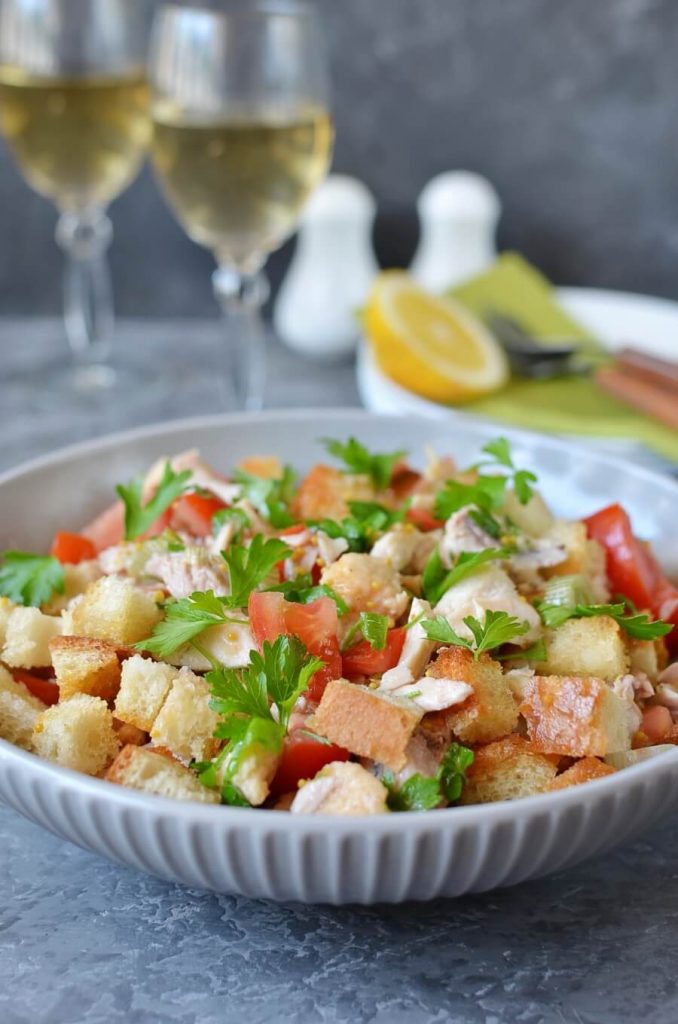 This is an Easy Chicken Panzanella dish that was inspired by my last vacation in Tuscany. Panzanella is a chopped salad made with stale bread and tomatoes and other ingredients. I first tasted panzanella in Tuscany where it originates from, and I knew I had to make my own version at home. It is very popular to eat panzanella during the hot Tuscan summer and that’s why I decided to recreate it for the hot summer days we get here!

To make my version of panzanella, I grill some leeks and rustic bread chunks. I whisk up a grainy mustard, lemon and olive oil dressing in a large salad bowl which I combine with some tomatoes, chicken and parsley. Just before serving, I mix in the toasted bread and leeks and that’s it! Super quick and super tasty!

To make my Easy Chicken Panzanella, you will need the following ingredients: 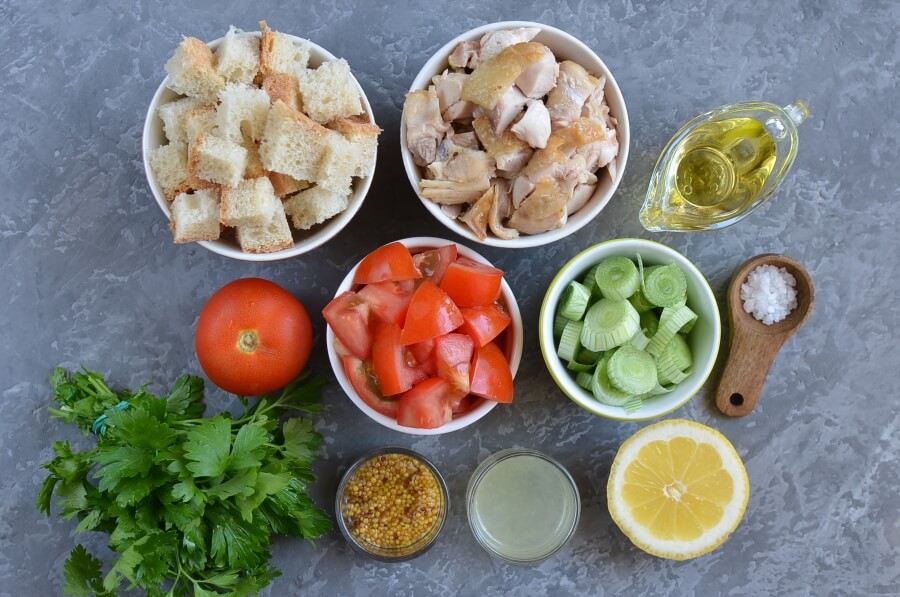 So, how do you make Easy Chicken Panzanella?

This Easy Chicken Panzanella will bring a taste of Tuscany to your kitchen. It makes a great summer main dish. If you make this one, come back to leave a review below!

Jelena is an interior designer and young mom! As a busy working mom, her time is precious so she’s always looking for a quick and efficient way to get things done. Jelena is very creative, but has a strong practical side. She loves trying new things and travels a lot, especially around Europe. The kitchen is Jelena’s safe space, where she can let her creative side out and dedicate herself to her favorite hobby - cooking!